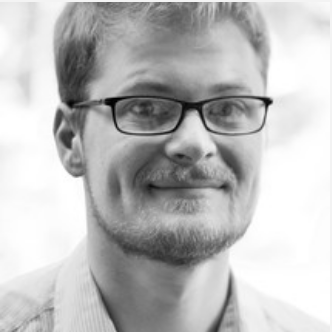 In this post we will show that Daml’s identity model is able to provide the same degree of security as systems built on a user experience that focuses almost exclusively on cryptographic identity while also providing a superior user experience and better flexibility in terms of deployment options:

Each of these options provides its own tradeoff between operational complexity and security, and different models can be mixed and matched within the same network. Before diving deeper into these, and exploring what participant nodes are, or how security is guaranteed in Daml, we need to take a step back and ground this discussion by revisiting identity on the types of systems Daml targets: Blockchains, Distributed Ledgers, and databases (with or without inbuilt cryptographic signing and verifiability)

We will call these “ledgers” collectively regardless of whether they are in any way distributed or not.

All these systems function fundamentally the same:

Participants and Parties to the Rescue

Daml aims to remove all of these downsides. Users should not have the burden of having to handle and safeguard cryptographic identity and users should be able to interact with the system like they do with any other application on the web. This requires an intermediary between users and ledger, which we call a participant node.

The participant node takes the place of a user on the ledger, holds a cryptographic identity on the ledger, and computes and signs transactions. Users interact with the ledger via the Daml Ledger API on trusted participants. Note that Users can choose to host their own exclusive participant, in which case the user can guarantee the validity of signatures and transactions for all its parties.

The Authorization and Non-repudiation properties described in “Identity on Ledgers” are preserved, but with ledger operators in place of users.

Parties as User (and Role) Identities

The introduction of participants changes nothing about the fact that it is users that act on the system. Users need to have an identity on the ledger with which they can authorize (or sign) transactions. This identity needs to be traceable to users and users want to be safe from impersonation. Lastly, whatever identity we choose should be an opaque identifier in the Daml language so that cryptographic concerns are abstracted away for the developer.

Daml Parties provide exactly this kind of identity. Every Daml ledger maintains a many-to-many mapping between Parties and Participants. How this mapping is maintained differs slightly from ledger to ledger, but it’s best imagined as an implicit contract between the participants. The Canton documentation on Identity Management provides a good example of how this works.

Assuming the relationship between participant and user is sufficiently trusting, this model still solves for authorization, non-repudiation, and verifiability.

Looking at this picture for the Sandbox or the current Daml Driver for PostgreSQL, we can see why party identity seems so loose. The Ledger Nodes and Participants all collapse into a single trusted centralized ledger server, which manages party identities. Party identities are conceptually equivalent to database users in that set-up, which is why they are just plain strings. Cryptographic signing is omitted altogether because it would add no additional value. Note that the Daml Driver for PostgreSQL 2.0 will separate the Ledger and Participant nodes, which means only the Ledger Nodes collapse into a single node, Party identity becomes something more profound again, and participant nodes will cryptographically sign transactions.

Signatures and Signatories in Daml

Daml has a notion of a Party being a `signatory` on a contract, and the Daml documentation does talk about parties “signing” contracts. These notions of signing should not be confused with cryptographic signing of transactions. They should rather be taken as descriptive of the relationship between the user or entity that controls the Party and the data on ledger.

Cryptographic Security for all Deployment Scenarios

As highlighted in the introduction, Daml’s aims to provide security under clear assumptions in a large variety of deployment scenarios. The visuals above have already highlighted the three types of trust boundaries in Daml systems:

From this and the discussion of participants and parties, it should already be clear that the lower down in the stack the trust boundary lies, the better the guarantees Daml provides. Thanks to a feedback from Daml’s user community, we have come to realize that there is demand for features that also allow for lower-trust relationships between users and participants, in the Ledger API aaS model.

Reducing trust between User and Participant

This deployment model is going to be supported through two new features currently in the works:

The current assumption that users and participant operators trust each other in the presence of an IAM system and JWT-based authentication may be too strong for some deployment scenarios. A participant operator can impersonate users by acting as parties hosted on that participant. That opens the participant up to repudiation. What do they do if a user claims they didn’t submit a command that resulted in a transaction?

The traditional tools for this problem are to collect an audit trail consisting of network logs which ultimately lead back to a client. But this is complex and error prone.

To allow participants to provide their services more safely, a user non-repudiation feature is easy to imagine. The participant operator would require that every command to the Ledger API is accompanied by a cryptographic signature which they store as evidence. This requires users to handle private keys again, but since these private keys do not represent their identity on a distributed system, but merely the access key to the Ledger API, their loss is less costly. They can be rotated easily through a safe off-ledger process.

In short, user non-repudiation weakens the amount of trust a participant operator needs to give their users.

Users can verify that the Daml ledger they see through the Ledger API complies to the Daml Ledger Model and that the transactions they submitted are recorded therein.

However, they don’t have sufficient access to the underlying ledger to verify that their view has actually been recorded - ie it’s theoretically possible for a participant operator to show their users completely false information. One way to safeguard against this would be to cross-check information between multiple participant nodes, but that’s a pretty poor UX. So an important improvement to the Ledger API is to provide enough cryptographic evidence to users that they can verify that their view does actually correspond to what has been recorded on the ledger.

In short, user verifiability weakens the amount of trust a user needs to give their participant operator. A Participant operator will still be able to impersonate a user, or block their access, but with this feature, a user can immediately detect that they did so.

While both these features allow for a user to improve their trust relationship with their participant operator, there is no substitute for users operating their own participant nodes if they care deeply about the underlying accuracy of the ledger and the transactions that they authorize.

Daml’s identity model provides a high-level of flexibility to choose suitable trade-offs between security and user experience. Different approaches can be mixed and matched within the same ledger as needed, provided the underlying ledger chosen supports multi-node ledgers and separate participants.

What is common to all these models is that they provide clear guarantees to all involved parties under the given trust assumptions. And as long as the given trust is not violated, every transaction can be guaranteed to have been authorized correctly and can be traced back to the user that requested it.

For more information on identity management in Daml, refer to the Canton Documentation as an example. You can download Canton to try this out in action here:

A new release cadence for the Daml SDK